No comments to show.

The hotly anticipated Jujutsu Kaisen 0, a prequel movie for the monstrously popular shounen anime Jujutsu Kaisen, is finally releasing in U.S. theaters this week! We sat down with the English voice cast – including newcomers Kayleigh McKee and Anairis Quinones, as well as returning members Kaiji Tang, Lex Lang, Allegra Clark, Xander Mobus, and Matthew David Rudd – to chat about how they approached their roles for this particular film and what they think makes their characters tick on the inside. Let’s get started!
Jujutsu Kaisen 0, a film from TOHO Animation, will be available in both English dub and subtitled Japanese and will arrive in more than 1500 theaters nationwide starting on March 18, 2022. The film will also be released in select U.S. based IMAX(R) theaters. For more information, visit https://www.crunchyrollmovienight.com/.

It’s not that he fell into madness – his belief structure changed so much, and he’s so committed to that that he took on a different path. Madness is sort of a piece of it, maybe a characteristic of it, because to follow that path and to believe so deeply that sorcerers will become the superior race and humanity’s next stage of evolution, you have to be a little bit crazy.

It was all in the writing too, which was really great. Not just how aggressive she gets, but how genuinely aggressive she gets as opposed to playfully aggressive. You see the playful aggression towards the end, but at the beginning, she’s just kind of mean. So, playing the intent behind that versus the sort of wry smile you get in the series where she’s like, “I’m going to be kind of a jerk, but you know I’m kidding. I’m going to be hard on you, but it’s out of affection.” That was an interesting sort of regression to play, in a way. And then once we start season 2, it’ll be great to go back to who she was at the end of the series and be like, “I have friends now! That’s fun, having friends.” 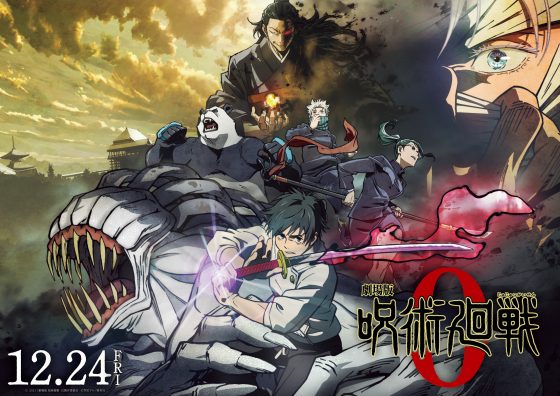 All of these voice actors are clearly passionate about what they do and are proud of their work on the movie, so be sure to get your tickets for Jujutsu Kaisen 0 and check it out for yourself! Are you excited to see Yuta’s story up on the big screen? Were you surprised by anything the cast talked about? Let us know in the comments, and thanks so much for reading!
Editor/Writer